We’ll call it HH! HH is a neurological issue often brought on by stroke, it causes a breakdown in the way the brain translates information from the eyes. We’ll let the RSB describe it in more detail, we can’t really do it justice. The RSB (Royal Society for the Blind) recently commissioned Lightly Salted to produce a couple of images for their documentation, one of which was a very involved composite task. The first 2 images are your traditional Torrens Lake/Elder Park Rotunda photos, however, we feel we’ve given them a modern feel pertinent to the assignment. 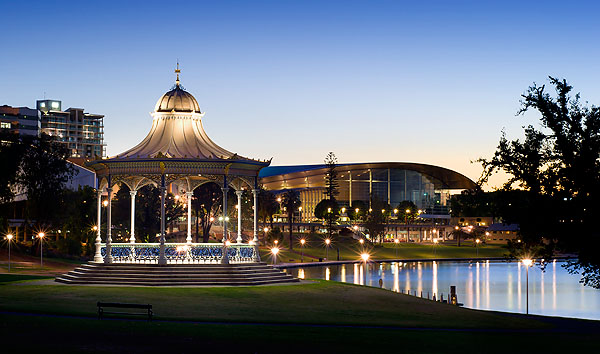 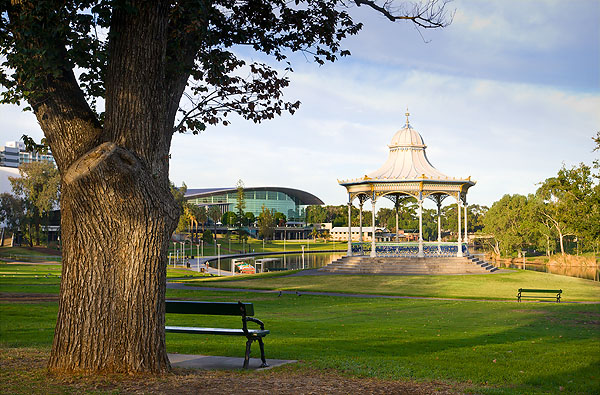 The second assignment was the HH specific one involving a van driving through a pedestrian crossing, designed to communicate how dangerous HH can be. The following is an animation showing how we created the final image from combining 2 different images for the background and foreground.

And the final image(s): 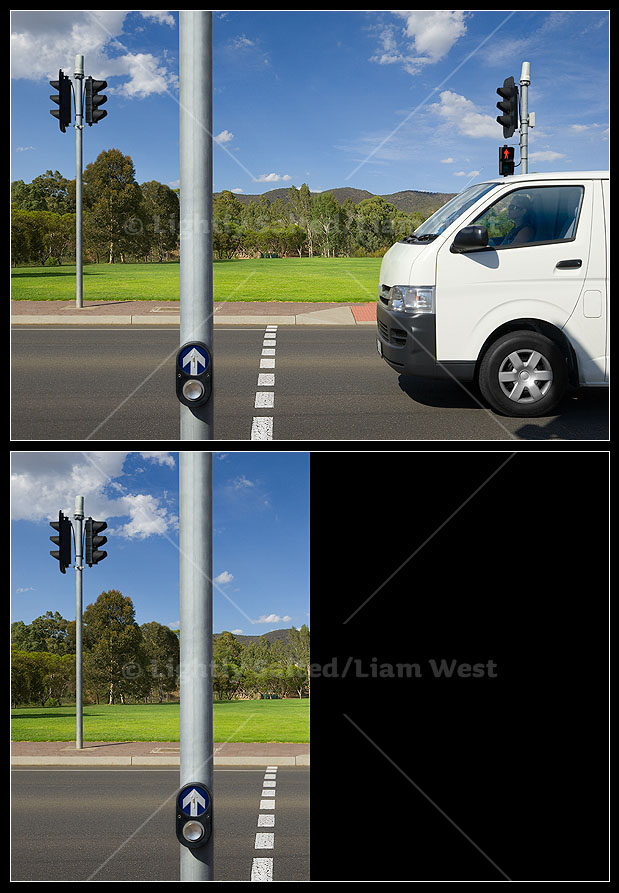 Watch out for that van!

The moral of the story? Next time you need difficult compositing work done, or have an idea that you think might be impossible..you now know who to call (us, Lightly Salted..get it?!)

Don’t forget to look both ways.

Justin: the cutest black Lab you may ever see!

Ok, so things are looking a little dog crazy on the blog at the moment. We promise that will change soon as we have a pile of work waiting in the wings that we can’t post until the campaigns have begun. So for now it’s puppies, deal with it! Also, since Dermott is now living with the CEO of the RSB you won’t be seeing photo’s of him either.

We’re told the Vision SA mag will be out soon with a shot of this little fella’s mate on the cover that’ll melt your heart – if it hadn’t already melted after that heat wave we just had in Adelaide. We’ve been busy with lots of bread ‘n butter work as well and it’s nice to feel like the wheels are yet again set in motion. Here’s hoping 2009 is going to be a good year, we’re already excited about 2010. Sorry, we’re a bit pumped about the economy as we spent most of today shooting PR for a rather large global company and they’re set to spend more on marketing this year than ever before. It’s just good to see companies with confidence in little ol’ Aus. 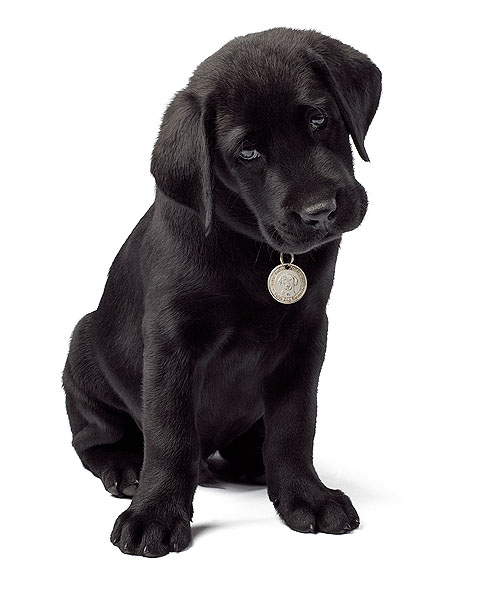 Ok, just to clear one thing up quickly; Dermott’s not actually a Guide Dog anymore. It turns out he has an underlying suspicion towards strangers which makes him a risk to the public – likely to lick people to death! This means he’ll be moving on from our care very soon and we hope he’ll be happy where he ends up. We’ve learned a hell of a lot from having the little guy around and we’re sure many of you enjoyed meeting him and seeing the great work the Royal Society for the Blind is doing here in Adelaide. Speaking of which, we’ve done another shoot for them and will post some pics when they’re finished. We know they say not to work with kids or animals but we’ve been doing a bit of both lately and enjoying it immensely!

Here’s a little celebratory snap of the little guy in his 1st birthday hat. 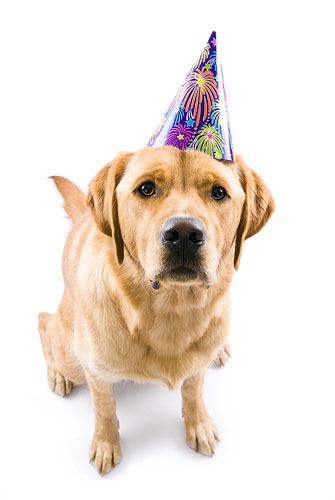 The time is fast approaching when we will have to let our little guide dog puppy go. It’s been such a blessing; we’ve been blessed with holes in our back yard, a dislodged flyscreen at a friend’s house, chewed up sponges, gnawed on coffee table and enough hair around the place to make 4 more puppies.

At the same time, Dermott has brought so much joy to our lives and has become a much loved member of the family and LS team – no doubt many of you have met him. It will be a sad day when he goes, however, we will keep an eye on his progress and I’m sure he will do us proud. He’s a clever little bugger!

Some recent pics of the Lightly Salted mascot: 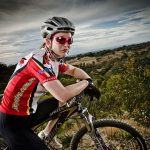 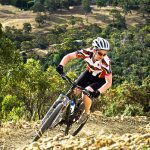 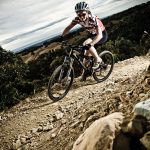 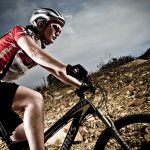 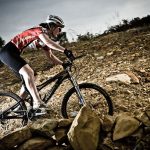 Templar Monk will be launching his debut album on Friday 16 January at The Promethean, 116 Grote Street, Adelaide. Doors open at 8pm. Entry cost is $10 with special album price of $15 available for ticketholders on the night.

This will be the first live Templar Monk performance and tickets are limited, so secure yours now. Tickets are available at Big Star Records and Fresh FM.

17 Dec 2008
We’ve had some amazing responses to our images of MTB rider Jackie Schapel. We’re glad we shlepped all the gear up the hill but think next time we’ll try travelling a little lighter – hopefully allowing us more time to shoot.

We have some pretty exciting ideas utilising this new kit so watch this space.

Had a shoot this arvo with a friend who’s a champ Mountain Biker here in SA, Jaclyn Schapel. Big thanks to Michael for his help, enthusiasm and van!

Got to test out the new portable power packs and they didn’t skip a beat.

It’s been a busy few months with international travel and a few new clients coming on board but somehow we managed to squeeze some entries into the SAPPAs!

The judging took place on Sunday and presentations were made last night at the Richmond Hotel’s First Bar.
Lightly Salted managed to land 3 Silver awards and a Silver with Distinction – a very good result and we’re ecstatic! 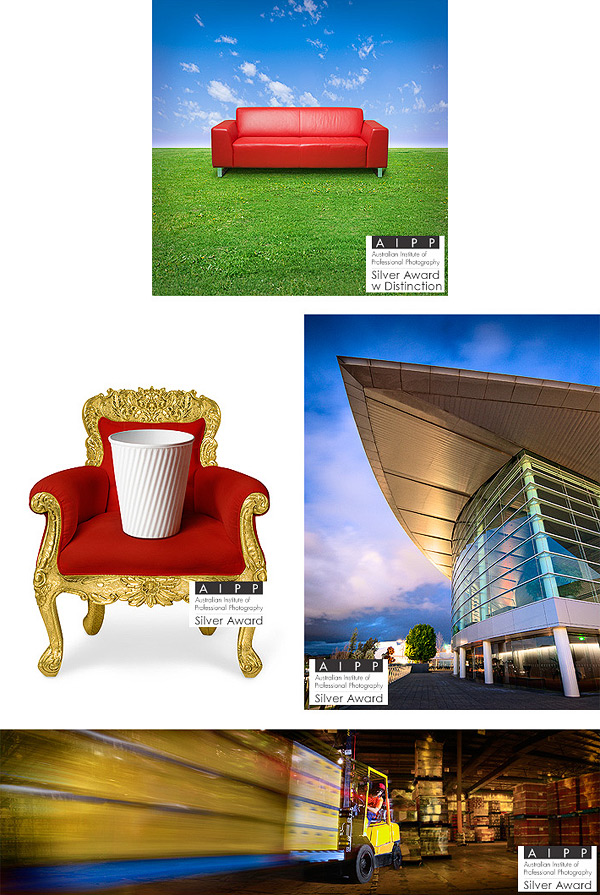 Since April, the Lightly Salted team have been “puppy educators” for the Royal Society for the Blind in Adelaide. We were given an 8 week old puppy named Dermott (Lab x Golden Retriever) and trained to raise him with the intention of training him as a Guide Dog when he’s 13 months old. Essentially we take him everywhere with us (work permitting) so he can grow accustomed to being in public places and around other animals without being too distracted.

We volunteered our photographic services to the RSB as we think giving people with vision impairments a helping hand is flippin’ fantastic! We don’t know where LS would be without vision!! This image is of Dermott and his siblings having a race in the studio! 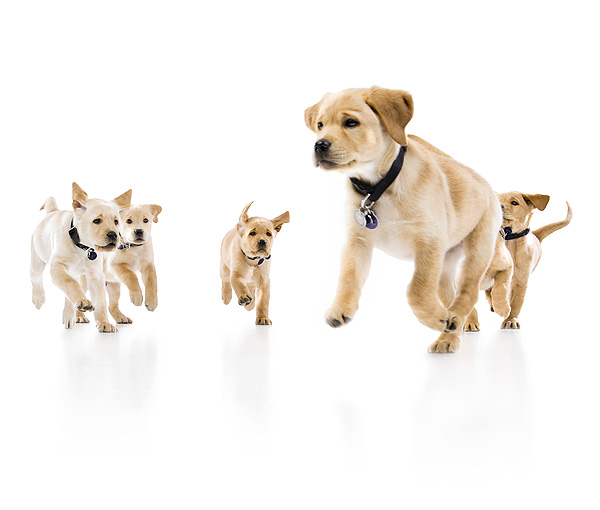 What a bloody fantastic week we had in Kakadu/Kakadon’t/Krapadu, whatever you wish to call it! For us it was Krackin’ beautiful! The four of us got well and truly stuck in and came away with truck loads of images (to spend hours and hours slaving away on!!).

A big thanks to Apollo for the 4wd Adventure campers!

Below is one of our fave shots of Twin Falls..more will follow over the next week or so. 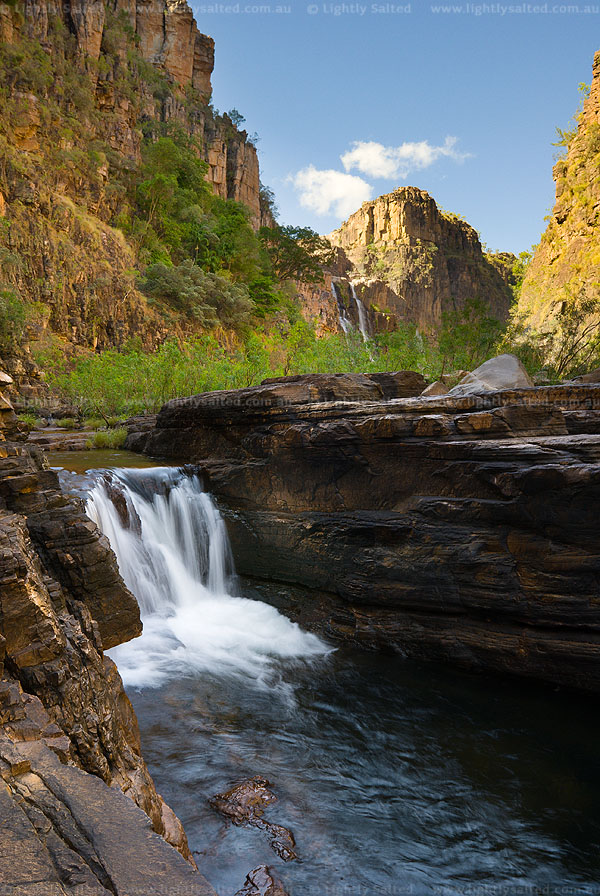